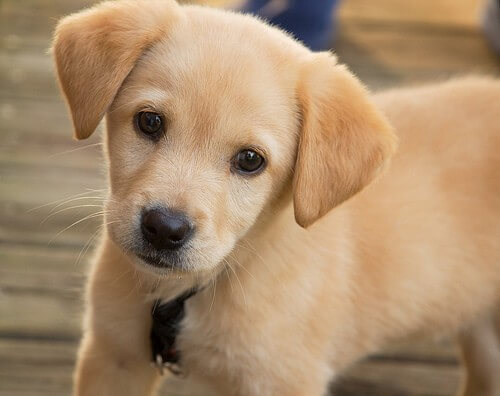 Tim Cook smiled and waved his hands to quiet the crowd. “Hello everyone, I know you’re all excited to hear about the new iPhone 6!”

The deafening applause began to calm, and the room slowly became silent.

Tim smiled and reached into his pocket. “We’ve gone in a quite different direction this time. This time the iPhone is a small dog.”

He pulls out a small golden retriever puppy and holds it up high. The puppy’s tongue flicks out and licks its little nose. It gives a tiny “yip” and wags its tail.

The crowd is silent. A few camera flashes go off. Tim’s smile grows.

“Look at the puppy! Look at little iPhone 6! Look at his little tail! Isn’t he a good dog?” cries Tim joyfully.

A ripple of applause starts and grows louder. Everyone in the auditorium is on their feet. Tim puts the puppy down on the stage. It runs around chasing its tail for ten seconds or so, yipping playfully, then sits down and starts licking itself.
A man in the audience points at a big black, fluffy dog with shaggy hair and one ear turned inside out that’s lying on the floor next to his chair. He yells angrily, “My dog was chasing its tail two years ago!”