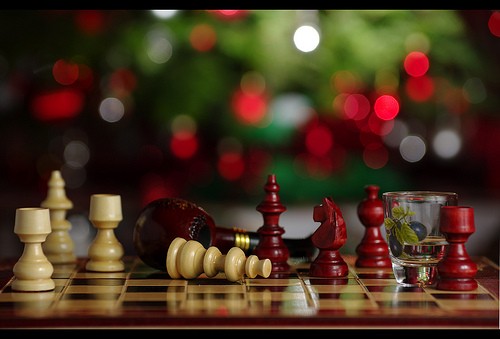 Games are pretty Grouse, but what is it that we actually get out of them? At the end of the day, have we actually achieved something? Is it true that time spent enjoying yourself is never truly wasted? Given the finite nature of existence and the ultimate futility of human endeavour, is all activity ultimately pointless? Am I opening this article with far too many rhetorical questions?

Whether you play games to make you forget your life for a moment, to improve yourself in some vaguely defined way, or just something to illustrate to yourself that you’re just as susceptible to Skinner Box programming as a mouse, ultimately you just end up pushing a button to make a number bigger. There are a good few browser-based games kicking around at the moment that not only reduce gaming to its bare fundamentals, but play with those elements in an entertaining way.

Candy Box 2 and its precursor (surprisingly named “Candy Box“) are probably the most familiarly game-like entities you’re going to find on this list. While it starts with an empty screen and a number getting larger (your “candies”), eventually you unlock pieces of a fairly complex adventure game with puzzles which has led to  a comprehensive wiki detailing solutions to various challenges for people who’ve become stuck.

It’s all done with some pretty good, if simplistic, ASCII art and the dedication to the candy-as-currency and indeed candy-as-pretty-much-everything theme is obviously a labour of love. Give it a go, you can always save and come back as you’re not so dependent on waiting for that ever-increasing number like you are with …

Click the cookie, and receive more cookies – that’s the core of this game with no end. This is probably the most shameless of the recent crop of “make a number bigger” games. Click to make more cookies, then spend cookies as currency to buy upgrades that make more cookies for you, until the entire universe and the spacetime continuum itself is being warped solely to your cookie-producing empire.

The tone of the game shifts beautifully from light-hearted fun into a comically dark and foreboding atmosphere as your “Grandma” cookie-producing units from early in the game begin to shift and awaken as “Grandmatriarchs” but I won’t say too much about that because, well … spoilers. I found it immensely amusing that in a game devoted solely to purchasing upgrades, it actually made me hesitant to keep purchasing some on my first play-through.

Cashing in at the time of the rise of both Cookie Clicker and Breaking Bad in our popular culture, Clicking Bad gives us the excitement of clicking a thing, with the added bonus of two counters that go up – your cash, and your “batches” of meth. Keeping things in balance with the possibility of DEA raids and IRS audits that threaten your stockpiles, plus factors like batch purity add an interesting angle that makes this more than the opportunistic knock-off it might appear at first glance. Not as much a fully realised game as Candy Box, but open-ended, so it’s there as long as you can derive some satisfaction out of making numbers bigger.

Also unlike the previous entries, the good folks at the Clicking Bad factory have supplied an Android app so you can obsessively make numbers bigger while draining your phone battery on the train. Welcome to the world of tomorrow!

A recent arrival, and the catalyst for my navel-gazing retrospective, Particle Clicker gives us a three counter incremental experience where one can accumulate data, reputation and funding. There’s frequently something new to click on, thus keeping up the illusion that you’re actually achieving something very well. Lots of jokes abound about students and researchers that’ll provide passing amusement for anyone who’s spent any time in the world of academia, but in the end, you click a thing, and some numbers get bigger and you get rewarded by being allowed to click on a different thing – and isn’t that what life’s all about?

Particle Clicker was created at CERN Webfest, by people who will probably go on to create things that actually benefit humanity. The source code of the game is available at GitHub, so go check it out and maybe you can be the first to bring us the four counter game we’re all desperately waiting for.